In late-1999, Apple was granted US Patent No 5,931,961 for Discovery of acceptable packet size using ICMP echo.  A form of this mechanism was implemented in Mac OS 9 and was soon misused as a means of amplifying DDoS attacks .  This patent is widely-cited by inventors at other Internet giants, but the mistake in its method […]

Monitoring and analyzing your network traffic is more of an art form than a science: every network is unique. The differences appear in the services we run, the types of traffic we generate, as well as our network design and layout. In order to properly analyze traffic dumps, we must first know what kind of […] 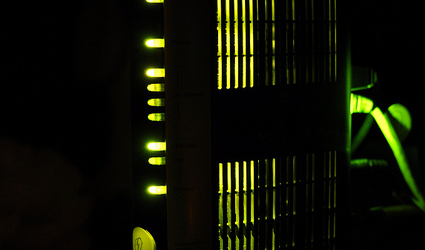 Scans of the internet reveal that over fifty three thousand IPs respond with dilapidated devices operating the ancient RIPv1 protocol. This deprecated protocol was implemented before much care was given to the proliferation of spoofed UDP attacks. It hails from a time before classless internet address routing, and long before the surging threat of ddos […]

Mitigation is a term employed to design the means and measures in place that reduce the negative effects of a DDoS attack. You need OVH IP Configure firewall Add Rule for Anti DDOS. Mitigation consists of filtering illegitmate traffic and hoovering it up with the VAC, while letting legitmate packets pass. The VAC consists of […]